I have four more work days this year, including today, and then I’m on holiday until January. That’s pretty exciting.

Staying on my diet through Thanksgiving was pretty easy. I just ate turkey, ham, and green beans, and saw my siblings and some extended family at my mom’s house. It had been almost 10 years since I had seen my brothers. One of my nieces was there and I hadn’t seen her in 24 years.

Then, the Monday after Thanksgiving, I went to London. I was able to stay on keto through the first week without too much trouble. Salads with chicken, a McDonald’s salad with a couple of hamburger patties on top, roast chicken and squash and other veggies. Not too bad.

The second week was a loss, though. It’s hard to avoid rice when you’re having Thai food every other meal. I didn’t drink a single beer, but I did drink two bottles of wine one night. There was a pot pie for dinner one day, and pizza another, and I lacked for choices. So not ideal, but I tried to manage my portion size at least, and I think avoiding beer helped.

I was back on keto as soon as I got home last Friday, and the re-adjustment has been a bit tough. I’m hungrier than I was, so I made a fat bomb yesterday comprised of almond butter, cocoa, cream cheese, and heavy whipping cream. Then I made hot chocolate last night with almond milk, cocoa, some vanilla powder, cinnamon, a bit of xanthan gum, some swerve, and a bit of heavy whipping cream. I didn’t have much sugar while in London, but it was enough to have me craving sweets again.

It’s neat to see these numbers, because I forget between blog posts what I weighed. I’m weighing myself every 1-3 days and logging it into MyFitnessPal so it’s pretty incremental, then I blog and see I’ve dropped 5 pounds since my last weigh-in.

This week, I’m finally adding in the exercise that I was supposed to do in week 2. I have a new battery for my heart rate monitor, so I got that working this morning, then rowed for 20 minutes and stayed in the target range for 7, per Mark Sisson’s book. He recommends 2 hours of exercise every week, so I figure if I do this 20 minute routine every morning, 6 days a week, that should set me right. We’ll see if I can keep that up, though. It was nice to listen to NPR while rowing this morning.

I have an 8 a.m. meeting, so I better get going. Heading into the office this week since I haven’t been there in almost 3 weeks.

April and I have just returned from a vacation with her brothers, sister-in-law, and parents to Utah. We were there five nights, and it was the best vacation I’ve ever had. April’s family is wonderful, the scenery was beautiful, and despite some delays getting home, it was overall a relaxing and enjoyable trip. 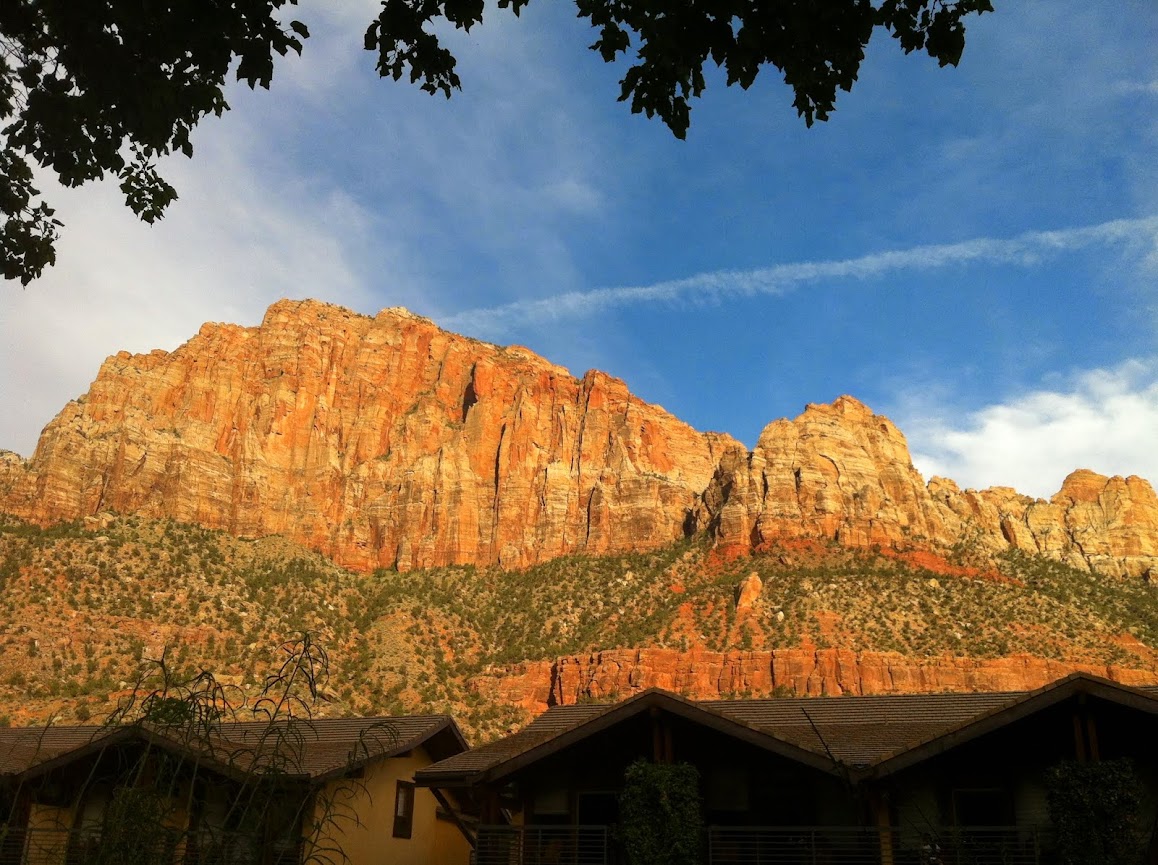 I have a lot of photos in a Google+ gallery, but I wanted to write about the trip as well.

END_OF_DOCUMENT_TOKEN_TO_BE_REPLACED

Brief recap of what did and did not happen this wonderful, phenomenal Winter Break.

I don’t even feel [too] bad about not writing. April made the excellent observation that I really oughtn’t put a ton of pressure on myself to get everything done and caught up in the one week I have off a year. I should enjoy the time instead, and work harder to build writing time into my daily schedule instead of forcing a lot of it into this week. I was gratified by this and went right on playing Dragon Age.

I’ve got nothing prepped for this week, so I don’t know what the publishing schedule will be like. Need to get my sea legs back under me, so to speak. For the first time in six months, though, I do not dread going to work tomorrow. I had an amazingly productive end-of-the-semester and got everything done that I wanted to get done. There’s nothing really hanging over my head tomorrow. I have lots of good stuff to report. All-in-all, things are looking up.

We’re always so uncomfortable talking about death. Or rather, we’re not really uncomfortable talking about death, but the accouterments of death. We can discuss death philosophically, talk about it directly, and all that’s fine, but I have no good way to refer to certain things. It seems crass to say that someone died. We have to go to a funeral. We try to find better ways to phrase these things, like “They passed away,” but everyone still knows. We’re not fooling anybody.

April’s brother, Adam, is driving down tonight to spend the night with us, and then we’ll be leaving early tomorrow to go to Cape Giradeau for April’s uncle’s funeral. I, for one, was shocked, and that surprise continues to linger. I know his health wasn’t good, but I… just hadn’t expected him to die. I’m still not sure what to think about it.

We were just talking a couple of months ago about a book he wanted to write. It’s the only time we have spoken, really, but I enjoyed the conversation and looked forward to talking with him again. It’s a paltry connection, but it is startling to realize it is broken now.

Back on Friday, when I will try and power my way through 14 pages of research paper on applying structuralist and poststructuralist theory to the medieval inquisition, which is due on Saturday. Considering I’ve been typing and/or transcribing my research/notes as I went along, and those notes are about 13 pages by themselves, I’m pretty confident I’ve got enough material. I don’t know that the paper’s quality will be great, but oh well. It’s not like I need a good grade.

It’s Thanksgiving here in the United States of America, so I kind of feel like I ought to write something about it. But I don’t really have much to say.

Everything we have is from God. Our jobs, our house, our education, the money in our bank account, the clothes we wear, the bed we sleep in. The food we eat and the water we drink is from God. The car in our garage, the grass in the front lawn, and the light shining from the stars are all gifts.

Every breath is a gift.

There is no way to list everything I am thankful for, but for today I am glad we were able to visit my aunt and uncle, to spend Thanksgiving with them, and to play three hours of poker where I managed to break even.

Not terribly thankful about forgetting my stainless steel coffee mug there, but I guess the bitterness casts the sweetness into even greater effect.

Oh, and I’m also thankful for pecan pie. That was the best freaking pecan pie I have ever had. It was apparently made by some Amish people from whom they bought it.

Anyways, yay Jesus, and thanks!

Until recently, I was hosting my own photo gallery to make managing all this stuff more easy. However, I decided that I didn’t really want all my photos up for display, and I didn’t like the drain on my bandwidth and speed. Now I’m using Flickr, mostly because I can export from iPhoto with just a couple of clicks.

I haven’t pulled photos off our camera in a couple of months, so there were over 500 to import. Suffice it to say that fewer are on Flickr. Check it.

I’ve written my first newsletter ever, but this isn’t a once-off event. Every season, I’ll be publishing updates about my writing, our lives together and with God, and whatever else strikes my fancy. It’s a bit more polished than blog entries, and it contains a whole lot more pictures.

This first one was prepared specially for my family reunion, which began just a few hours ago. That’s why it’s a bit heavier on the “What we’ve been up to” side, but that’s also why this is the only edition that will be in print. Because printing these out and mailing them would be prohibitively expensive, future versions will be available via email if you subscribe. Of course, they’ll show up here in the RSS feed as well, or you can subscribe to an RSS feed designed especially for them.

Posted on May 24, 2009 by Matthew 0
Personal Blog of Matthew Stublefield